List of names and a name generator for the Elder Scrolls character Atmoran.

If you would like to generate more Atmoran names then click the "Generate Names" button below. Additionally, you can choose the gender of Atmoran names if you wish to do so. 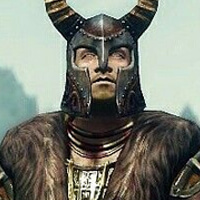 The Atmoran is an ancient race of men from the Atmora continent located in the north Skyrim. They are viewed as the progenitors of Nords and subsequently the Bretons, Imperials, and Nedes, after a big group of Atmoran lived in the northern Tamriel. They are skillful and great warriors with a strong and muscular build.

Atmorans are also popular as Bron (Northman) or Kuldood (Sons-of-Snow) in the dragon tongue. They are considered among the largest races in Tamriel. One unique characteristic of an Atmoran is their innate resistance against the freezing cold. They have an average lifespan of 80 years. The Atmorans have great endurance and strength.

The Atmoran is a race of men who has light skin and fair hair that is usually braided. They are also imposing in build and size. They are muscular, making them among Tamriel’s largest races.

The Atmorans are popular for their prowess as great warriors. Some believe that they are hot-blooded due to their resistance to a freezing environment. They have martial skills and stand out in traditional warfare. The Atmoran culture focuses on the quest for glory and honor with emphasis on the community and family.

The Atmoran shamans venerate the Dragon more influential in today’s society compared to other animal avatars. The Dragon priests ruled over the Nord and Atmoran populations at the behest of their Dragon overlords.

What are the strengths and features (skills) of Atmoran?

Atmorans are hardy and strong. They are boisterous, brash, expert weapon masters and fierce warriors. The main skills of the Atmorans include Speechcraft, Block, One-Handed. Two-Handed, Smithing, and Light Armor.

They also have racial abilities such as Child of Atmora which can resist frost of about 50%. Their Battle Cry racial ability targets flee for 30 seconds.

The Atmorans is among the biggest races in Tamriel. It has an excellent skill set which makes them a strong character in the Elder Scrolls series.